How to automatically transcribe your video (audio to text)

hey guys its Andrew Esquivel here back with another tutorial and today I'm going to show you how to automatically transcribe your audio and video files into text. Now the first thing i want to note is that no software that does this automatically will ever be perfect. In fact most of the time no matter what you use that results will be less than desirable. However I'm going to show you some good software's to try it out with anyway. Now, the first software were going to be using is called Dragon Dictate. Now you may have seen this on commercials but the reason why we want to use Dragon Dictate is for two reasons. 1) It comes with software that allows you to analyze an audio file and automatically transcribe it that way. 2) Dragon dictate allows you to train the software to lean how you speak in order to achieve a more desirable result. So let's go ahead and try it out. So this is what Dragon Dictate looks like when installed and running. When you first open Dragon Dictate Its going to want you to read from a few stories and it does this in order to analyze your voice to compare it to the text of the story. Doing this allows the program to better understand your voice and in the end it will allow the transcription to be more accurate. So let's go ahead and try it out. When we're going to do is go up to tools, Transcribe Recording, it will bring you to this just keep everything as it is. Click next, and then we're going to locate the audio file that we want to transcribe. In this case it's going to be and audio file of a review that i did not too long ago.

So we're going to go ahead just click cancel and let's just see what this wrote here. It says, hey guys Its Andrew Esquivel here back with another review and today under the reviewing problem products cascading hangers of hangers are make of what and has dismantled nuclear construction etc. Now obviously I don't have hanger that are made from a nuclear construction but that's just what the software thought i was saying. Now as I was saying before if you read more of those stories in the program as you dictate to dragon it will be able to better understand what you're trying to say. The more you practice with the software and edit its mistakes the better the transcription is going to be. So this is a software that eventually gets better over time should you chose to work with it.

Now i want to say this before i start, this software can be very finicky. A lot of times you'll run into some errors and even I can't figure out why it doesn't work some times. So what I'm going to do is I'm going to bring in the video version of the stuff we want transcribed. Now when you import something in here you can just drag and drop or go to file and then import. You click on it and up here is the tab "metadata" Now if you don't have that tab there you can always go to window and select it.

In order to make that text appear you need to click on analyze. You click that and you don't need face detection, just go to speech and you can do medium or high quality, I generally do high quality, and you click Okay. It will export that video clip to Adobe Media Encoder and from here it will generate the metadata analysis text file. Now since I already have this here and it's already been done I'm just going to click stop. Now the good thing about doing it in Adobe Premier Pro is when you save this metadata file it will actually have little indicators so that when you upload it to YouTube it know exactly where each word should be. So for instance if we click play and go back over to metadata. Now once again the text that it decided to generate is far from accurate. I personally feel that Dragon did a lot better than Adobe. The very last way to automatically transcribe you audio to text is to just simply use YouTube's built in feature to do so. Now we know there's closed caption and if you see here its and automatic caption which means Google did it for us via its software. If that's not good enough, click on closed caption assuming it's your video you should see the feature there. You see we got automatic captions over here and this is what it thinks i said and it also tells us at which particular time it thinks we said it. Now the only other way to do this is to go back to track list and add captions, transcribe and sync. YouTube have this nice little feature that they recently added that makes typing it out manually a little bit less painful.

Now I know that's not automatically transcribing but if you don't want to pay for someone to do it for you and you want to do it yourself there's a good free option. So unfortunately although there is no good automatic solution you can always do it the old fashion way. Well that's pretty much it guys, thanks for watching! 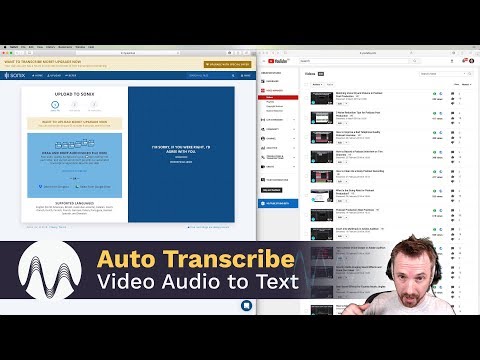 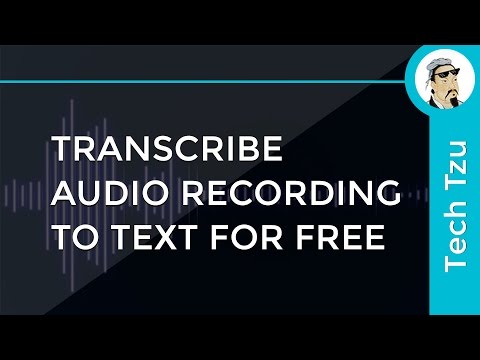 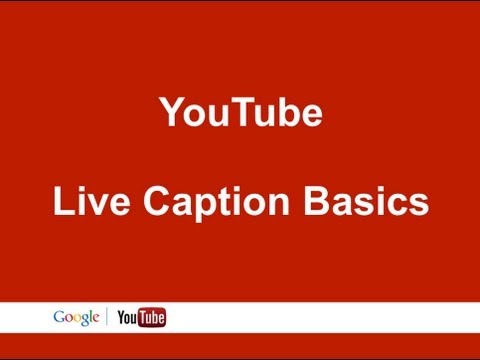